A year with the star

I was born in Vorkuta, I know not only snow - but a lot of snow, Poorga, Valenki and Northern Lights. I finished school in St. Petersburg and went to study world politics at St. Petersburg State University. In the first year, a professor came to us with a lecture on world conflicts. I was so impressed with conflict resolution as a subject that I changed my subject and spent five years studying the world's ethno-political conflicts – learning how to bring people who no longer like each other back together. That's difficult. I decided to study documentary photography to be able to communicate with the world where words don't help.

Moving to Germany put me in a situation where I ended up in a discreet conflict without wanting to. I was Russian in Germany. In my country there was never a reason to doubt yourself. Here it is. The work on this photo series reflects my own experiences and feelings as a foreigner in Germany. 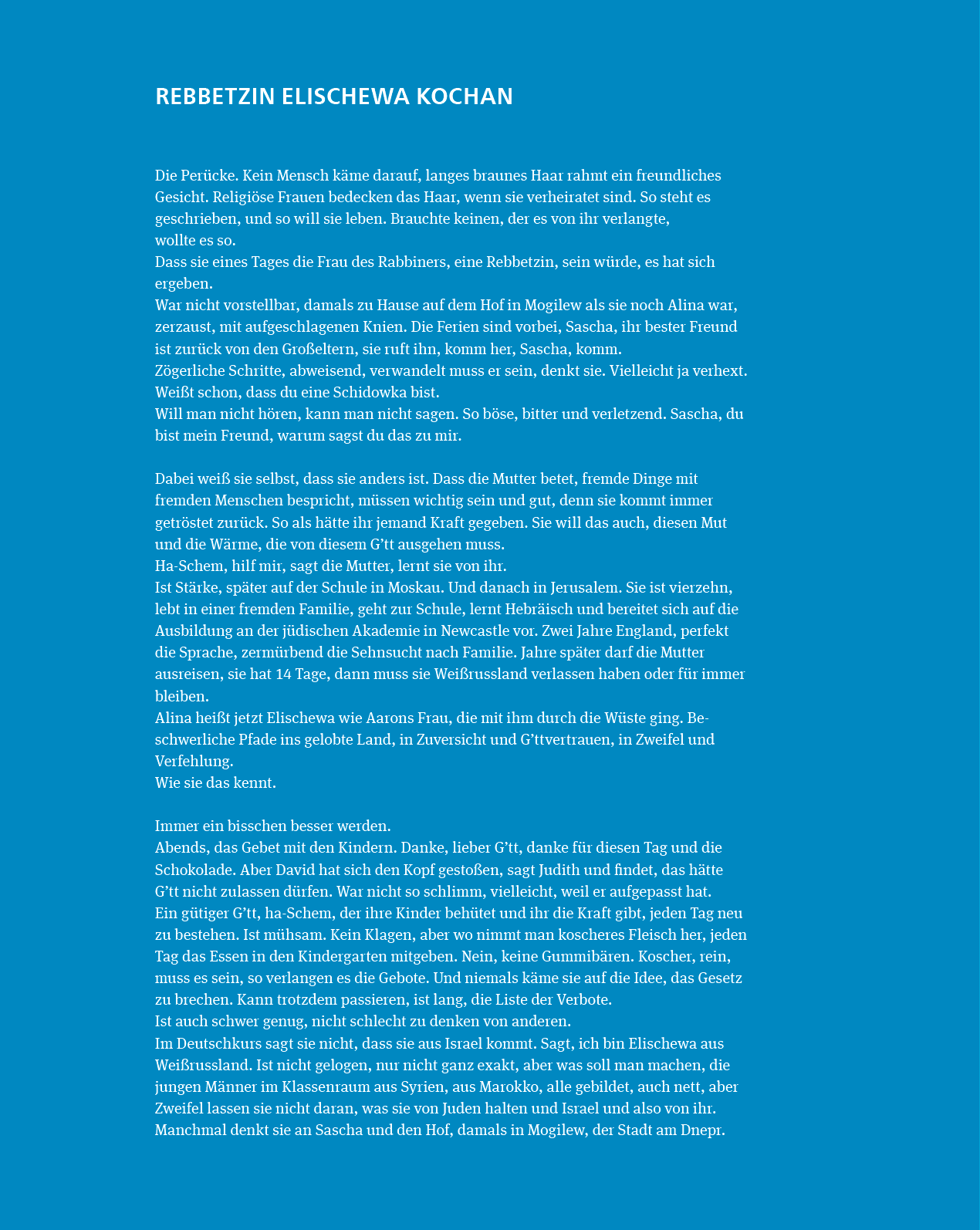 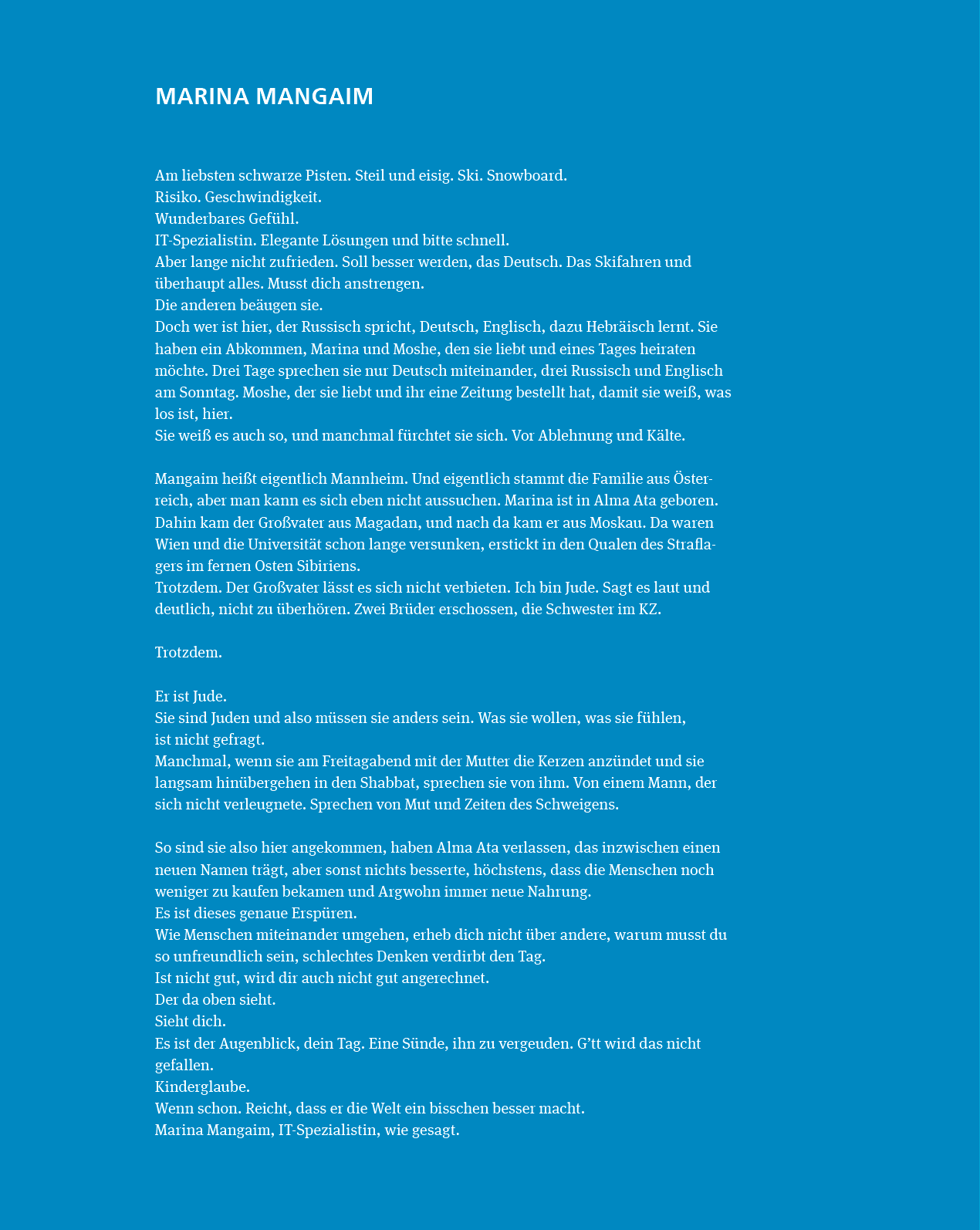 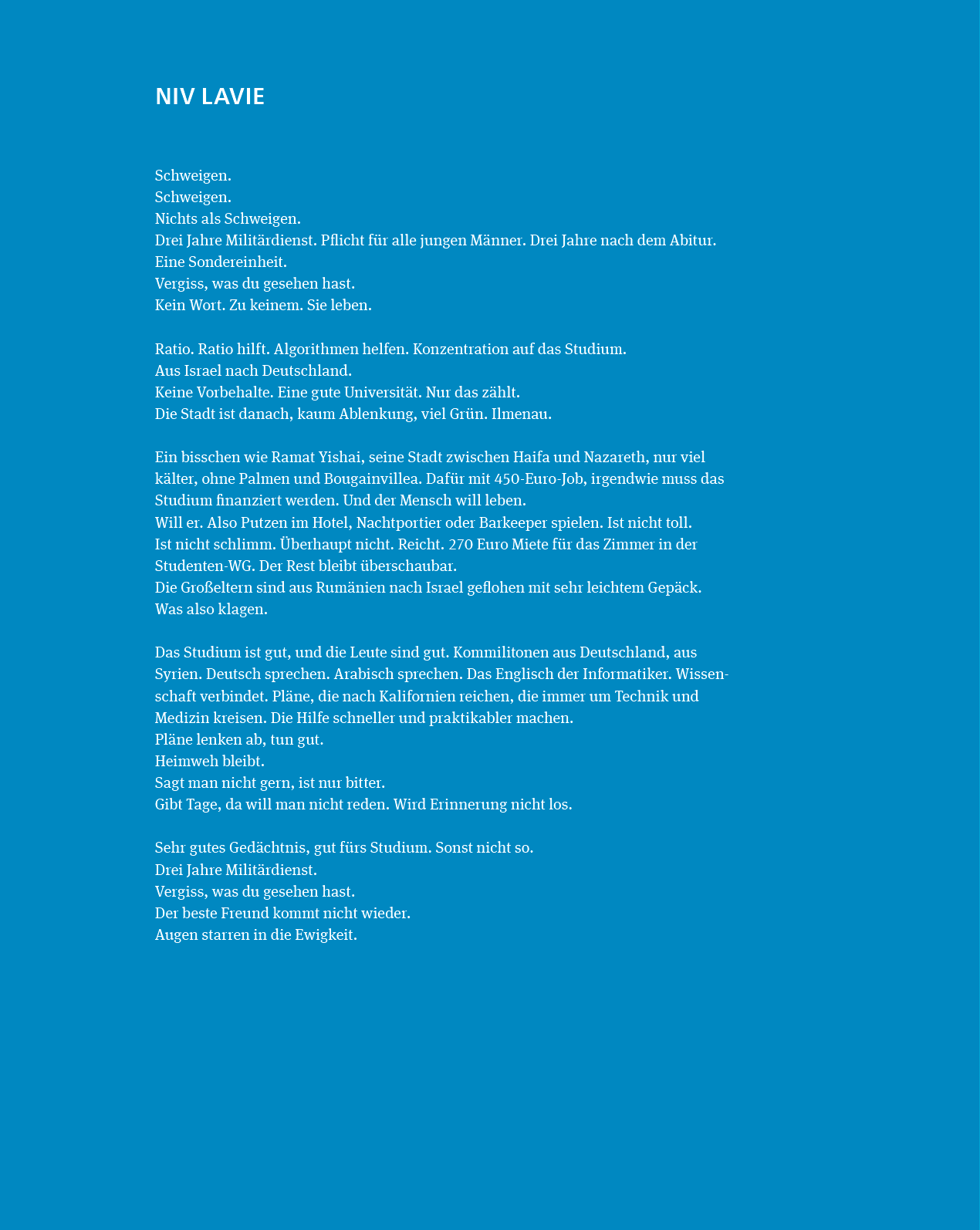 Prof. Dr. Kai Uwe Schierz, Director of the Erfurt Art Museums, on the exhibition "A Year with the Star"

When the photographer Elena Kaufmann moved from St. Petersburg to Erfurt in 2012, she was studying documentary photography and already had some experience in this profession with her, such as her work on a Jewish-Orthodox school for boys in St. Petersburg - the topic of her thesis. In Erfurt she met people who showed great interest in the photographs of her thesis and introduced her to people from the Jewish community in Erfurt. Elena Kaufmann was able to establish close personal relationships with many of them, favored by the Russian language and their common biographical roots in Russia. They spent time together, mutual trust grew and finally Elena Kaufmann was allowed to take pictures of everyday life in the community. Step by step, the desire to systematically accompany the Erfurt community photographically, both everyday life and religious festivals, matured in her. Initially, a certain skepticism prevailed among the community members and questions arose, such as whether they would not prefer to look for a larger and more representative Jewish community for such a project, for example in Berlin? After all, there she could find out more about what Jewish life meant. On the other hand, not much is happening in Erfurt. But no, Elena Kaufmann didn't want that. She was primarily concerned with the specific people she had met, with their stories, their everyday life, their festivals, and only secondarily with the development of their Jewish cultural and religious background in a German city. The community in Erfurt is small and the Jewish life that develops in the city is fragile. This does not seem to be a disadvantage for Elena Kaufmann for her project, rather the opposite: it also aroused her interest in dealing intensively with this situation photographically.

If you ask what constitutes the special value of this series, which has been growing continuously over weeks and months, you will find answers in the history of photography and in the intention of the photographer to always keep the concrete human in the focus of her work, the personal expression, the individual appearance. It's not primarily about visual stimuli and successful compositions. Of course, they play a role as a means of achieving their central concern: to show the human and thus connecting factor in all the scenes that characterize Jewish life today in a small community and a city like Erfurt. Here, Jewish life is not simply illustrated and the aim is to make what is shown easy to understand, as one might expect from an average photographic reportage. No, far beyond that, the visualization of fragile interpersonal networks, subjective gestures and sensitivities succeeds. In the center is always the touching human moment, which may have escaped eyewitnesses, but not the fine perception of the photographer, who proves to be an artist in her field. Observational photography becomes art when what in reality often only appears temporarily and contingently in the picture takes on the form of something special that draws our attention and at the same time can be understood as something characteristic and universally valid. In this way, it remains attractive and meaningful to us beyond the memory of the specific event. With Elena Kaufmann, observational photography repeatedly leads to an emphasis on the human and the connecting factor, which she is particularly gifted at recognizing. With her work on Erfurt's Jewish community, she joins a tradition of life photography that various internationally active photographers gave a credo to by founding MAGNUM PHOTOS more than seventy years ago. Henri Cartier-Bresson later put it this way: “MAGNUM is a community based on shared intentions, is a shared human quality, a curiosity about what is going on in the world and a respect for what is going on, and a Desire to translate all of this into visuals.”